Episode Three is a conversation between myself and Charlotte Darbyshire and I. Charlotte is also my sister in law, so I feel quite lucky to see the life of a dance artist close up. 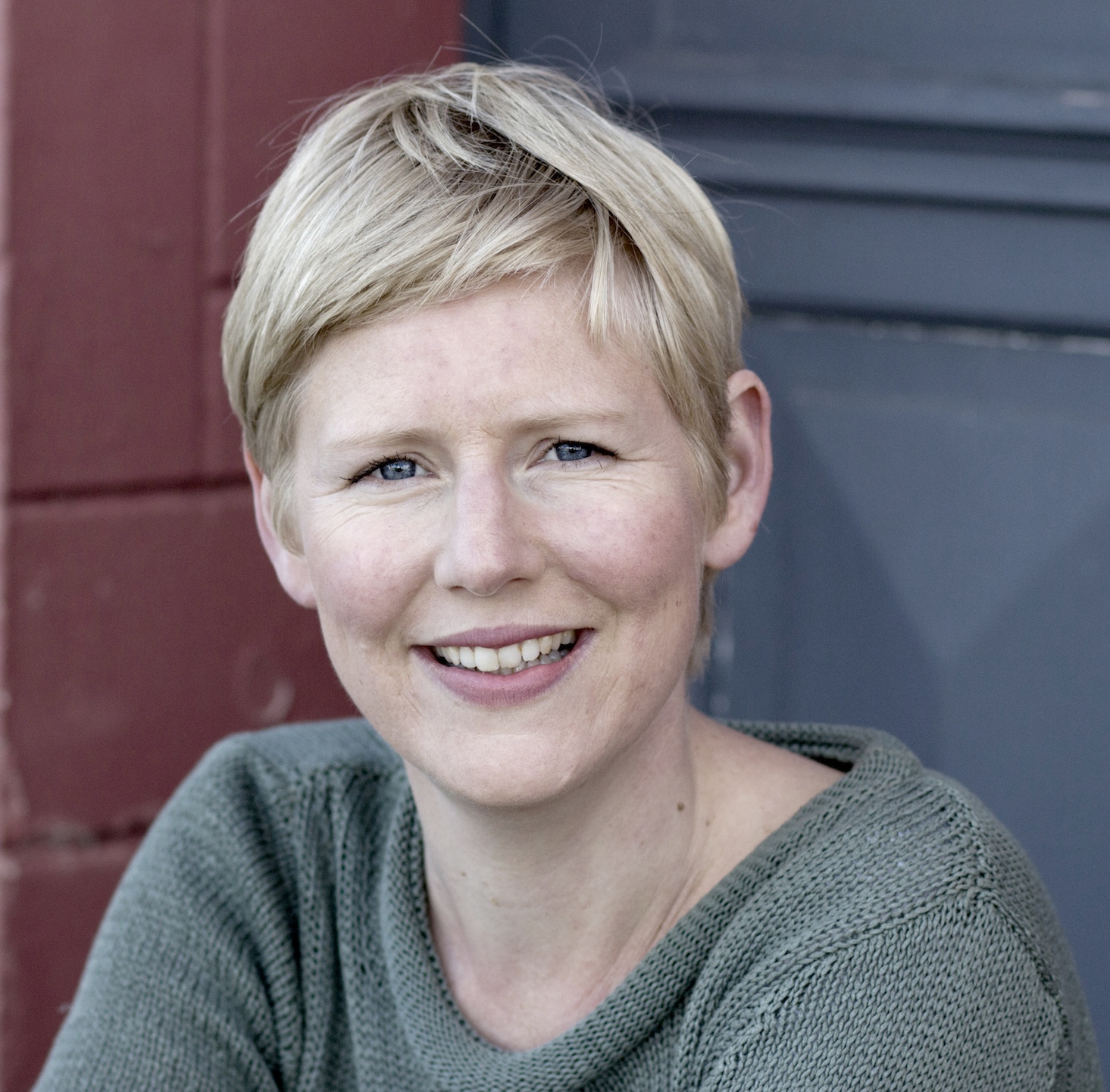 She works as a choreographer and director of live performance and dance for camera. She is also an experienced performer, educator, facilitator and movement therapist.
Charlotte was a founder member of CandoCo Dance Company, performing and teaching internationally with them for 10 years. This inspired her on-going practice and research into inclusive and creative approaches to dance practice for disabled and non-disabled people, trained and untrained dancers. Independently, Charlotte has led integrated projects in UK, Colombia, Croatia, Bangladesh, Sweden and France.

About her films: Her first short film ‘Taut’ was commissioned by Channel 4 and won the New Filmmaker Award at The Place in 2001.

‘the lily the rose’ is Charlotte’s most recent film, shot in France this year by Tony Wadham, with sound score by Jules Maxwell. It is a poetic portrait of dance artists Kate Marsh and Welly O’Brien – a world of sisterhood, show business and song, inspired by the friendship and work of the artists themselves but also by Violet and Daisy Hilton, Baroque performers and conjoined twins from the 1930’s. The film captures their performance, shared stories, anatomy and their fascinatingly frank attitudes to disability. 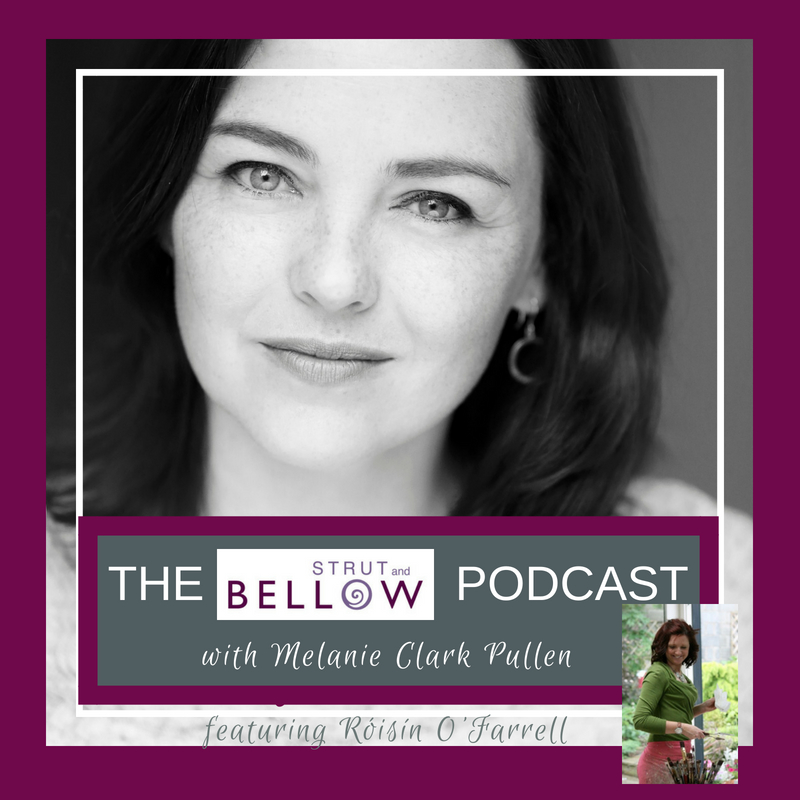 Today’s episode is a conversation between myself and the artist Róisín O’Farrell. Róisín is one of Ireland’s most successful and best loved contemporary artists. Her use of colour and texture in her interior scenes give a sense of luxury and comfort but what she’s really interested in is the beauty of imperfection. 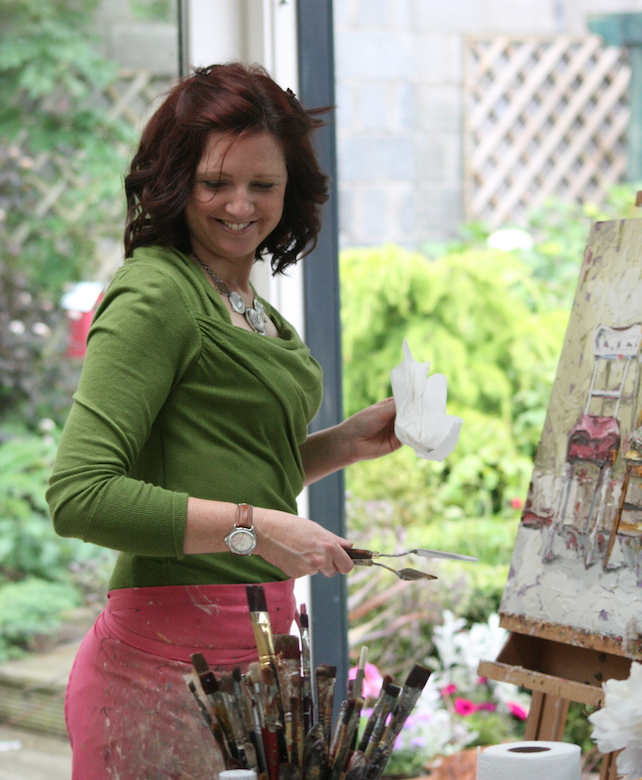 Róisín is a terrific communicator and her workshops and classes are often oversubscribed. She’s also great at sharing about her work and process and has just recently launched her own v-log over on her website.

One of these days, when I get that big break, I’m going to blow my earnings on a Róisín O’Farrell original! Or I might just save up for one of her limited edition prints. The tricky part will be choosing which of her beautiful paintings I love most. 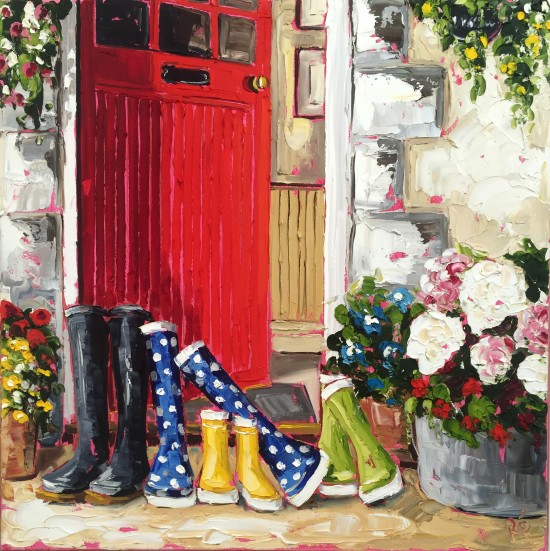 Feel free to leave a comment here or on the Facebook page with any feedback or ideas. And if there is a woman maker who you would love to hear interviewed why not email me at strutandbellow@gmail.com t0 nominate them.

So on Tuesday, my amazing Father-in-Law, looked after my three children so I could make it in to Liberty Hall in Dublin to attend the Waking the Feminists – Spring Forward public meeting. It was good to hear from many leading theatre practitioners how the November Rising was impacting on their policy and practise. We heard from representatives of women working in the technical side of theatre and it was actually sickening to hear of the casual and blatant sexism some women have faced. I was encouraged that there were some men comfortable enough in their own masculinity to affirm their own feminism. (Though one man didn’t seem to quite get the whole thing at all and looked distinctly uncomfortable and irritated to be there at all. I’ll let you guess who I mean!)

It was a great opportunity to catch up with people I haven’t seen in a good while and also to make new acquaintances. It was good to hear what people are up to, making their own work, forging new paths for themselves. And I was reminded again how much damn energy it takes to make theatre at all in the current climate.

It was also good to connect with other mothers who had not been able to make it to the last meeting. Mother makers struggle to be seen and heard and it’s one thing I’m pleased with that on the podcast I have managed to interview many women with children. I’m also interested in hearing from makers who have other caring responsibilities and hear how they manage the balance of making and caring. It’s a tricky old see saw.

Anyone you think you’d like to hear in conversation, please leave a comment here or on the Facebook page. I’m excited about the upcoming conversations. Hope you enjoyed my chat with Noni Stapleton. The next podcast will be released on Tuesday.

Until then, keep struttin’ and bellowin’.

It’s here. International Women’s day is HERE and to celebrate I’m launching the Strut and Bellow podcast. Each episode will be a conversation with a woman who makes something be it theatre, film, fiction, art, food, crafty things and for whom the making is a big part of her life.

I’m honoured and delighted that Episode One is with my dear friend Noni Stapleton, an actress and writer whose award winning play Charolais is currently touring Ireland. I couldn’t be more excited that my launch conversation is with her; we had more than a little fun chatting together. (Note to self: ease off on the cackling for the next one!) 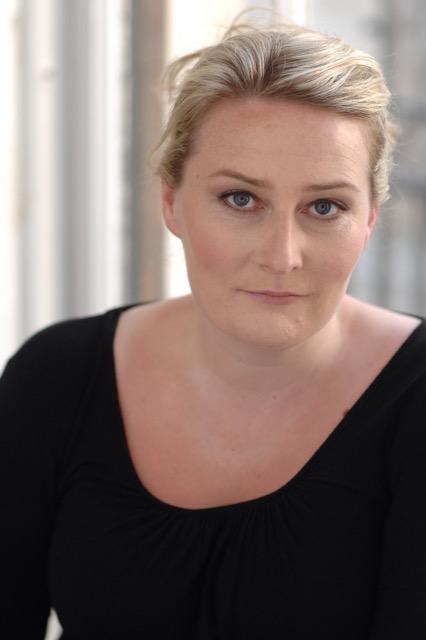 Perfectly marbled and bashed about ‘til tender: Charolais is a surreal comedy of love, longing and one woman’s intense rivalry with a Charolais heifer. This is a muddy place of simmering desire minced with a loneliness that cuts to the bone.

“Stapleton is a joy to watch and she knows her audience. Love, family and loss all combine at the finish to create a charming piece of theatre. Well worth the venture. A truly enjoyable show” ★★★★ The Public Reviews

She’s just back from London where she was at the Susan Smith Blackburn awards ceremony Charolais having been nominated as one of 16 finalists.

You might also recognise Noni from Showtime USA’s Penny Dreadful where she thrilled and terrified audiences as Gladys Murray the wife of Sir Malcolm Murray played by Timothy Dalton. 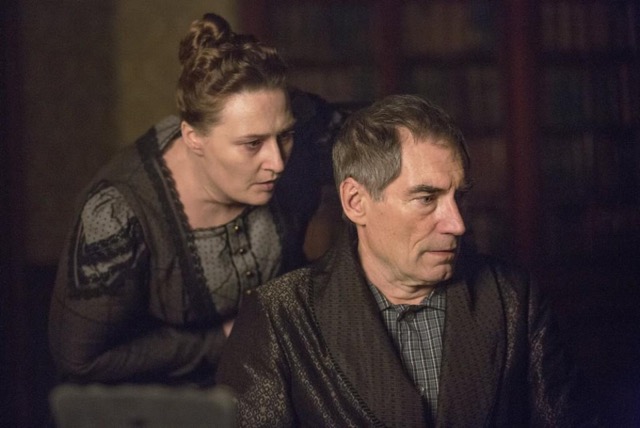 In Episode One, we talk about what the nomination meant to her as well as discussing bravery, vulnerability, creativity and the importance of community to see you through the highs and lows of the making life.

Charolais can be seen at the following venues

It was also adapted as a radio play and can be heard here.

To find out more about this lovely woman check out her website.